The main core of the design lies in the idea of revitalizing the lost charm of Milap Theatre , thus bifurcating the design making Public Domain as an eminent feature, by allocating commercial spaces and restaurants was a key strategy in revitalizing Milap theatre.

Located at an eminent junction of S.V. Road the theatre was a buzzing activity zone in the past and had lost its glory with the new emerging multiplexes in the neighborhood. To regain its lost glory and making it an eminent and active commercial and public space was a challenge, as the client did not want to make many structural renovations.

From a single screen theatre we made it into a multiplex along with some commercial spaces on the ground and the first floor. A spill out space was created on the front of the building to act as in interactive activity space for the public.

Coloured reflective glass panels were incorporated in the design to add character to the facade. To highlight the advertising panels they were backlit. But adding colour and light to the building facade life was brought back into a dead landmark. 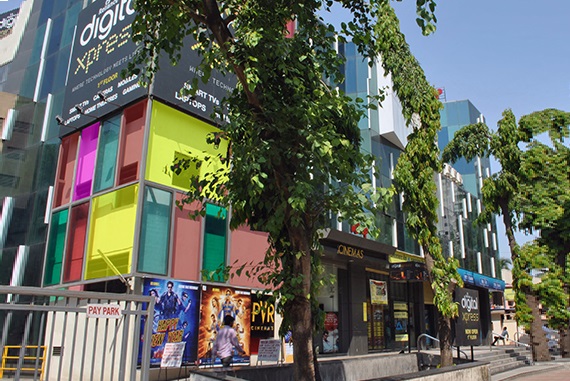 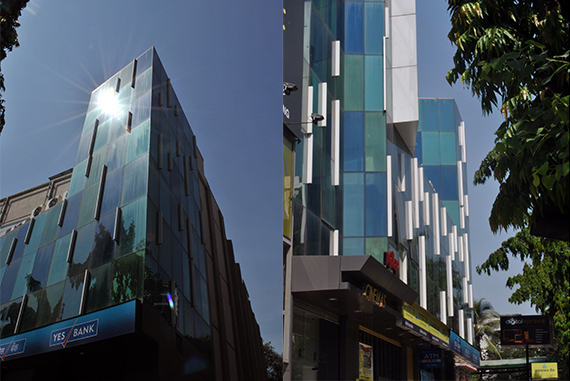 The main core of the design lies in.. 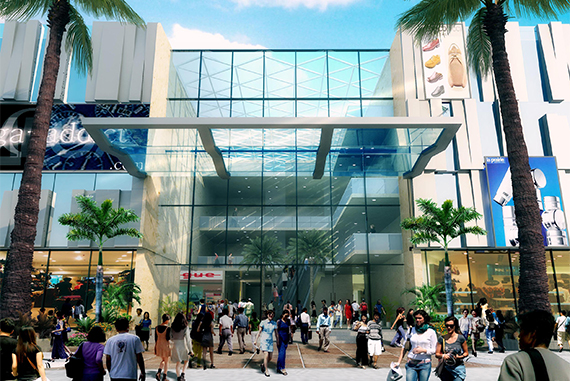